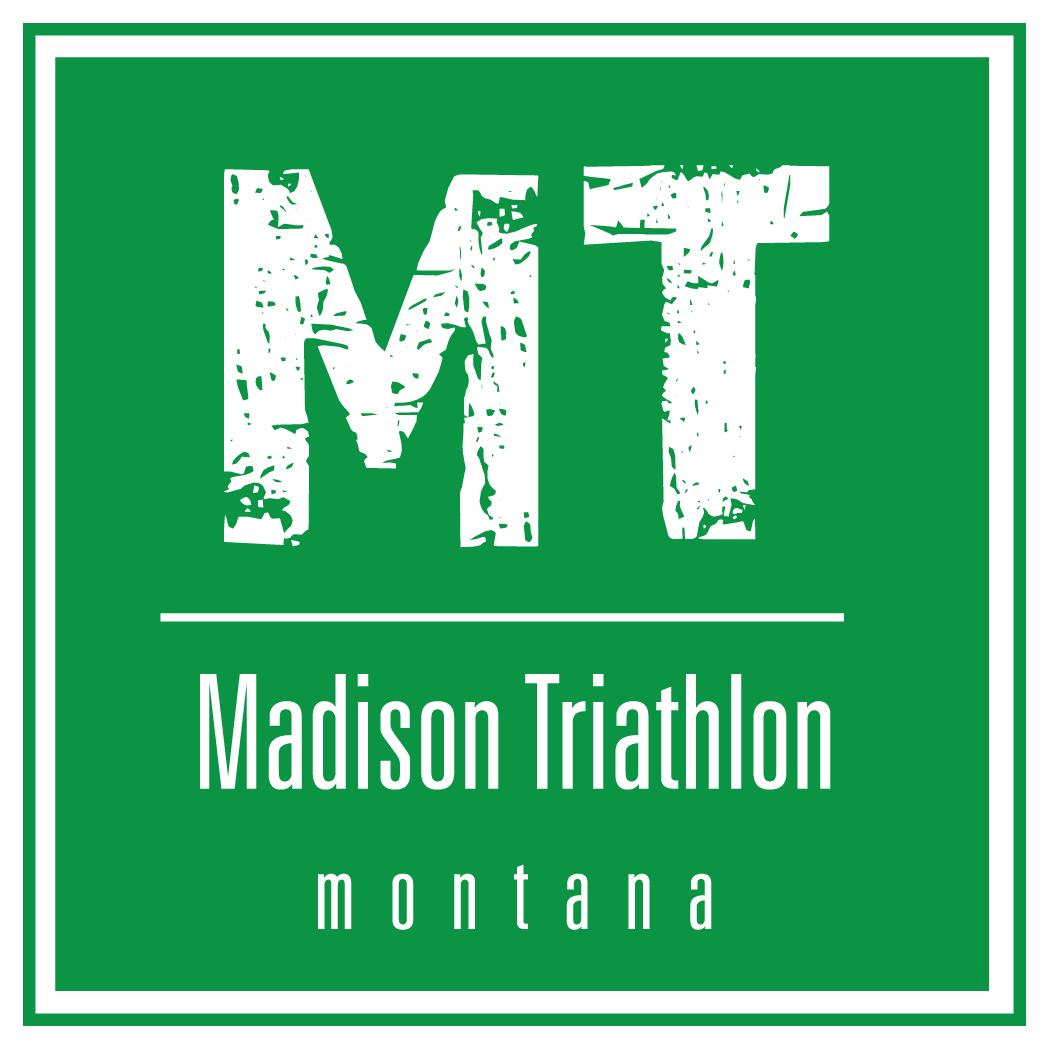 Third and Final Leg of the Madison Trifecta

Like the duathlon, the Madison Triathlon was intended to be an extension of a good idea.  It became, however, a good idea on its own as well as the genesis of the Madison Trifecta Sporting Series.  Do all three!  If you do all three events (the duathlon, marathon, and triathlon), you will be a T.B.A.  More people have walked on the moon than have earned T.B.A. status.

By the way, T.B.A. stands for ‘Total Bad Ass’ because anyone crazy or tough enough to complete all three events in a single summer IS a total bad ass.  In 2014, it will be the third chance to earn a TBA award.  Our goal for 2014 is to award TBAs to more people than have walked on the moon.

The Madison Triathlon is unique in a few respects.  First, it is, like the Madison Duathlon, a point-to-point race as opposed to a loop route.  Athletes will start in one town and finish in another.  It will also start at the foothills of the Madison Range (the second highest mountain range in Montana) and finish in the Tobacco Root Mountain Range.  Second, it is an Olympic Distance triathlon.  To date, it appears that there are just two in all of Montana and this is one of them.  Third, the swimming leg is in open water (not a swimming pool).  The route is a 400 yard triangular lap in Ennis Lake.  Athletes make three laps for a total of 1,200 yards.  Fourth, the biking leg is almost all on Montana Highway 287 and includes a five-mile uphill and, best news yet, a five-mile downhill.  There are also some great flats.  Fifth, the final running leg is a gentle uphill grade from Harrison to Pony.  The finish line is right in front of the infamous Pony Bar.  Lastly, the entire race is at elevation.  It’s not quite like the Madison Marathon (9,000 feet plus), but the entire route is at 5,000 feet above sea level and higher.  So what you got is an Olympic Distance Tri a mile above sea level.  Is there any other such Tri in America or anywhere else in the world?

Oh, and this race is also the final leg of the Madison Trifecta.  Even if you were not part of the other two races, you will at least have the chance to meet the TBAs.  They are more rare than astronauts who have walked on the moon.  Move over Neil and Buzz…

The Madison Triathlon is not for the faint of heart. It’s no Iron Man, but it will probably feel like one because of the open water swim and the high elevation. There is also a great reward at the end of the race.  Since it’s the last race of the series, Yellowstone Wealth Management and the Madison County Economic Development Council will throw one hell of a party for everyone (athletes, friends, family, etc…).

Please join us and make the Madison Triathlon the capstone of your summer. Thanks for cruising through this website. We hope to see you this summer. Stay healthy, stay happy, and keep swimming, cycling, and running forward.

The 2014 dates for the Madison Trifecta, the greatest sporting series in Montana, are set.  Do one race, two races, or the best yet…. do all three races in 2014 and earn a T.B.A. Award.

Get your race calendars out, reserve the dates, sign up early, and get ready to have your life changed forever.

Not convinced that the Madison Trifecta Sporting Series will change your life forever?  Check out these videos:

Madison Trifecta – to be launched by January 1, 2014 on YouTube

All race registration will be on Active.com.   Click on our registration link to be sent directly to our details page on Active.  The MCEDC has a policy of no refunds for any participant who signs up, but does not participate.

Registration for all events will open on January 1, 2014.

This year the Madison Trifecta is proud to announce an exclusive sponsorship with Yellowstone Wealth Management from Ennis, Montana.