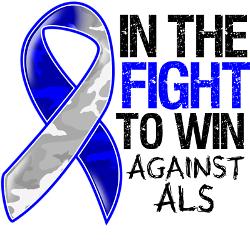 Join the community as we complete this 5K course to raise money for John Snyder. ALL proceeds go to the Snyder family.

John Snyder, was recently diagnosed with Bulbar ALS.  This is also known as Lou Gehrig's disease the Bulbar is a more aggressive form of the disease. This disease attacks the respiratory and upper motor track, which is your speech and breathing.

For John this all started when his family noticed his speech was slurred. John had open heart surgery two years ago and had the possibility of strokes and his family thought it was related to his heart issues.  As John’s speech continued to worsen, the Speech Therapist and Neurologist realized after much testing, that it was not strokes but the beginnings of Lou Gehrig's disease and specifically this more aggressive form. Typically the life expectancy for patients with Bulbar ALS can be 4-12 months.

John a bilingual who was very fluent in Spanish is no longer able to articulate in his "native" tongue. He grew up as a missionary kid in Puerto Rico and then during his college years he was in Voluntary Service in Honduras Central America where he met his wife and best friend Doris.  John and Doris have been married 38 years and worked together side by side in their family Greenhouse business for 33 years until this spring.  John’s passion in life has always been to serve others. John has been active in church as worship/song leader for over 30 years.

John’s faith in Jesus has been the anchor of his family. John’s only prayer as of recent is that he would be faithful to complete his journey on this earth honoring the Lord till his last breath.

PLEASE HELP JOHN AND HIS FAMILY PAY FOR ONGOING MEDICAL NEEDS, especially communication devices as the disease progresses quickly.  The family wants to be able to talk with John as long they can.

$35 per person after May 8th & Same Day registration.

Pre-register to guarantee you get a t-shirt.

***Extra shirts will be ordered, but only those who pre-register will be guaranteed a shirt.

The Vestaburg 5k course is, known by some as "The Lake Loop". The course starts on the Ron Cain Track and routes around Vestaburg taking you past the school and through town- it heads off to the west around a portion of Bass Lake before turning back toward the track where the course finishes. The running surface will vary from rubberized track, pavement, dirt road, and open ground. There is very little elevation change throughout the course.