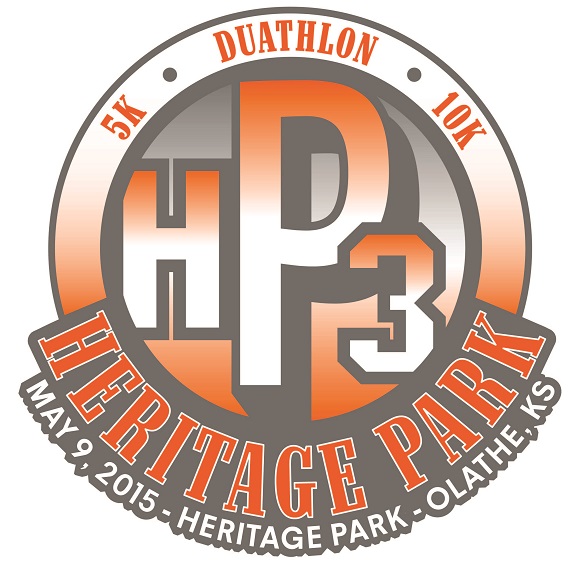 HP3 hosts a duathlon, 5K, and 10K in beautiful Heritage Park. Heritage Park has been the site for this event for 25+ years and allows athletes to choose from a duathlon, 5K or 10K event all starting at the HP Marina parking lot in a mass start format. Open to individuals and teams compromised of athletes age 15 and older at the end of the current year (12/31/2015). Early registration is encouraged!

The Kansas Duathlon Series is for all athletes participating in the following events: HP3 Duathlon, Prairie Punisher Duathlon, and Dog Daze Duathlon. The duathlon series event highlights our partnership with two other park and recreation agencies, Gardner Parks and Recreation and Leavenworth Parks and Recreation. Duathletes who compete in one or all of the three duathlon events have the opportunity to be recognized as a Kansas Duathlon Series winner. This series is separate and distinct from the USAT regional and national rankings. Athletes competing in these Kansas Duathlon Series events will automatically be placed in the Series Standings by the Points Series Committee.

The duathlon consists of a 3.1 mile (5K) run, followed by a 15.33 mile (4 laps) bike ride, and a 3.1 mile (5K) run. The run portions are conducted inside Heritage Park, closed off from outside traffic. The bicycle portion is a partially hilly 4 lap course held both within and outside the park boundaries. Individual duathletes must participate and compete in the age group division corresponding to the athlete’s age on December 31st of this year (2015. Duathlon teams will be comprised of three or two individuals executing the three legs of the race in relay fashion. This is a USAT Sanctioned Duathlon.

A special thank you to our supporting sponsors: